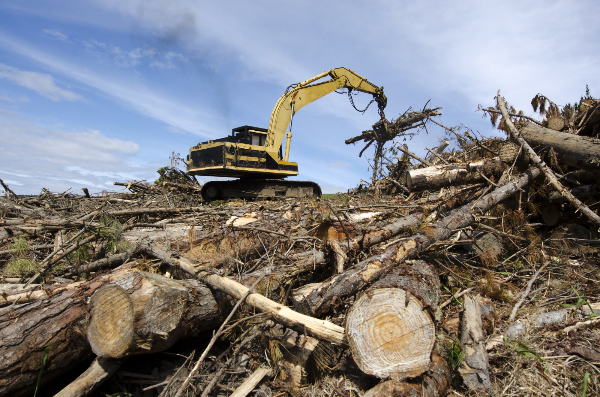 A recent report on wood energy has identified a means to reduce carbon emissions in Otago equivalent to removing 237,000 cars from the road.

A committee will be formed shortly in Otago as the region looks to make resourceful decisions and increase the use of carbon neutral wood biomass as a source of energy.

There is no shortage of resource as the volume of planted production forestry in Otago would be sufficient to meet the wood fuel demand over the next 45 years – and suppliers like Azwood Energy and Pioneer Energy are already well-established.

Ahika Consulting’s report identified, of the 367 boilers operating in the Otago region, a list of 26 high-priority coal-fuelled facilities that could transition to wood fuel and thereby reduce emissions by a projected 84,000 carbon tonnes per year. Other boiler upgrades could bring the total of displaced greenhouse gas emissions to 640,000 carbon tonnes per year, (the equivalent of removing 237,000 cars from the road).

Director of Ahika Consulting and author of the scoping report, Lloyd McGinty, says promoting wood energy use means “the region is in control of its destiny”, it creates local jobs and prevents reliance on bringing in fuel from outside the region or the country.

McGinty says a “Regional Advisory Group will be set up to progress the project in promoting the ongoing use of biomass in Otago”. It will investigate funding streams for the project, potentially engaging with the Coalition Government’s Provincial Growth Fund.

He says there is “high-level support for the project from the Otago Mayoral Forum”, with the Dunedin Mayor, Dave Cull, having recently written to James Shaw to outline the region’s proactive stance on wood fuel use.

The letter was delivered to the Minister, following a recommendation in the Otago Wood Energy Project Scoping Study, published by Ahika Consulting, which looked into expanding the opportunities for wood energy in the region. No response from the Minister has yet been received and the hope is that a meeting to progress the project can be arranged as soon as possible.

The report, commissioned by the Otago Mayoral Forum, the Bioenergy Association and the Energy Efficiency and Conservation Authority, recommended that Otago work with Southland and replicate the Wood Energy South Project for its region.

The Wood Energy South Project aimed to lower energy-related carbon emissions in Southland, improve air quality and demonstrate the cost and life-cycle benefits of wood-fuelled boilers using local wood resources. The project ran for three years and its success was recognised in its being granted 2017’s Deloitte Large Energy User Initiative Award. Its achievements included assisting 12 heat plant owners to transition to wood fuel, reducing greenhouse gas emissions by a projected 80,000 carbon tonnes per year, (equivalent to having almost 30,000 fewer cars on the road). It implemented the expansion of the wood fuel supply market by establishing a new wood fuel manufacturing plant, developed a website and produced numerous resources, including wood supply and case studies.

Ahika Consulting’s report noted whilst support for the project’s rollout into Otago is unanimous across all the region’s councils, support from central government is also essential and that this could take the form of grants as tools to encourage conversions. Ahika’s detailed project assessment identified demand and supply opportunities and potential implementation methods.

The study found that the volume of planted production forestry in Otago would be sufficient to meet the wood fuel demand over the next 45 years. It also found that the education sector could play an important role in conversion to wood fuel, as more than 50 of its current boilers are due for replacement in the next five years. Given the Ministry of Education’s current policy which promotes renewable fuel use and the avoidance of fossil fuels, the introduction of wood-fuelled boiler systems would reduce emissions and collaterally promote carbon neutral fuel use to the next generation.

McGinty says Dunedin, being in a cold part of the world, has high demand for heating and the local price for coal will become more expensive as the carbon price increases, meaning biomass wood fuel will be more competitive.  He notes that supply of the carbon neutral fuel can easily be met by planting more trees and the utilisation of waste from forestry importantly reduces the impact and incidence of erosion events, such as those occurring recently in the East Coast and Tasman.

Jonathan McKeown of Azwood Energy said there is an opportunity for Otago to lead New Zealand in renewable energy. “Azwood believes in being resourceful and making the most of what we have been given. That is very much a Kiwi mindset, and especially strong in this region.

“With wood energy Otago has an opportunity to create new jobs and supercharge the local economy through a low-emission, renewable fuel source to replace coal.”

Richard Ireland of Pioneer Energy believes that Otago could lead the way in New Zealand by providing the pathway to sustainability. “Our greatest successes so far have been in Otago, which is a credit to the regulatory and commercial environment in the region.”