Early Adopters Ahead of the Game in Renewable Energy 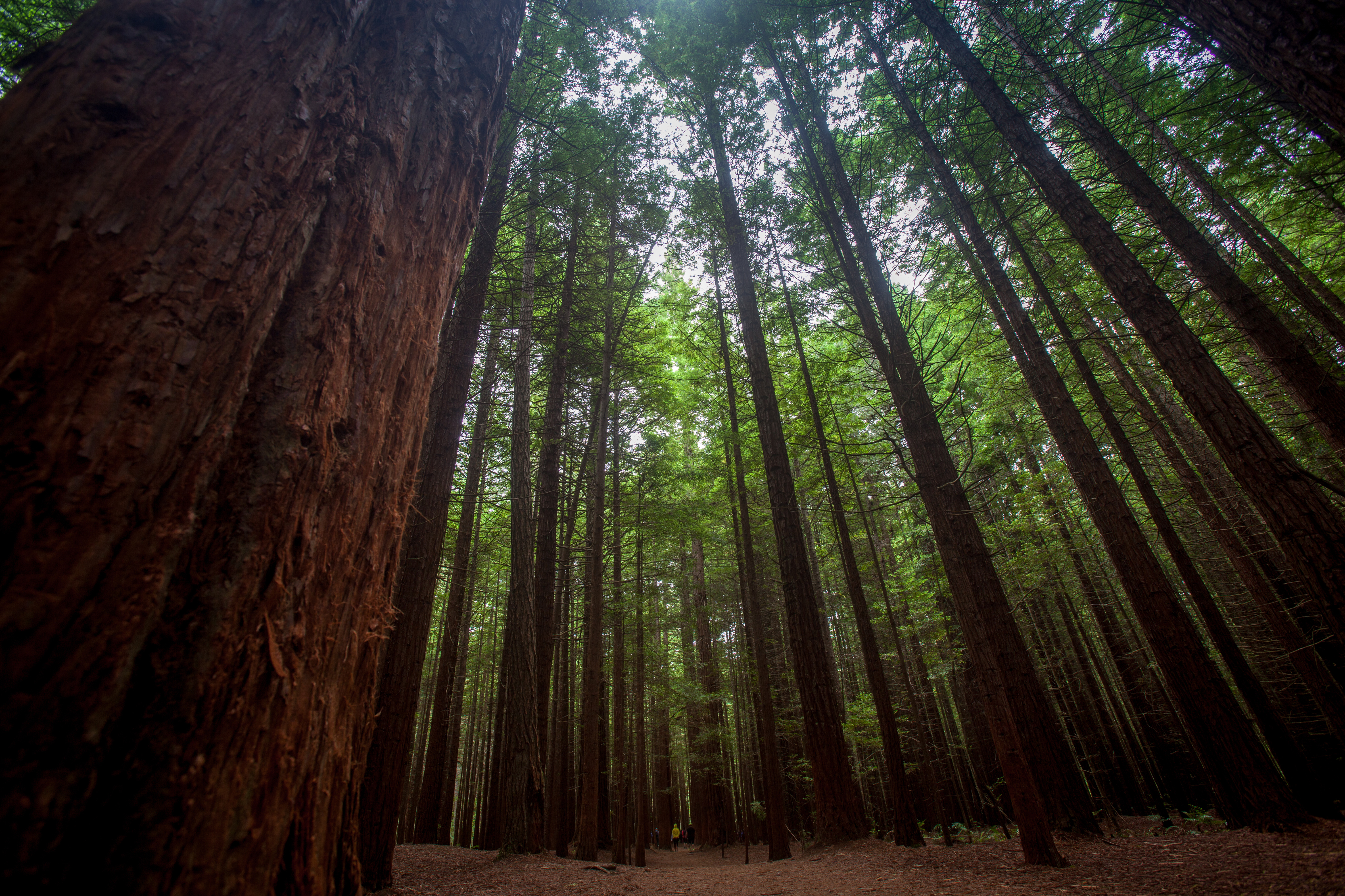 Early Adopters Ahead of the Game in Renewable Energy

With the Parliamentary Commissioner for the Environment’s report calling for policymakers to “…clearly signal and incentivise a real and enduring transition to a truly low- emissions economy”. Azwood Energy believes early adopters will reap the rewards of renewable energy.

The Parliamentary Commissioner for the Environment’s recent report, “Farms, forests and fossil fuels: The next great landscape transformation?”, has called for a new approach to framing long-term climate change policies and targets.

Proactive and forward-thinking industry players are already approaching renewable wood energy suppliers, such as Azwood Energy, to implement changes to their systems which will see them ahead of the game in emissions reductions.

“Until recently we have seen a steady adoption of renewable wood energy to heat small organisations and power process. In the last 12 months we have seen the large forward-thinking companies really make their move,” said Brewerton.

“It means the large-scale early adopters we are dealing with now will be able to lock in long-term supply contracts at good rates – comparable to coal in many cases.”

Where the game will be won

Process heat offers one of New Zealand’s largest opportunities to improve energy efficiency and reduce energy emissions. The Bioenergy Association have modelled large-scale transition from coal to fossil fuel in process heat, showing a minimum of 60% of coal use can be replaced by wood fuel. While Azwood Energy, the national leaders in wood energy, believe that number to be a modest target – it certainly shows the resource is available.

In government, MBIE’s Process Heat Action Plan is underway, with submissions on its technical document, Process Heat in New Zealand: Opportunities and barriers to lowering emissions, currently being reviewed. It is expected to provide guidelines for future policy in process heat.

Large process heat users include those in the dairy manufacturing sector, unsurprisingly, this sector has been amongst the first to begin changing systems and setting targets for low emissions into the future.

Out to an early lead

Fonterra, who aims to reach zero carbon emissions by 2050, has also shown itself to be an early adopter of new technology. In a partnership with Azwood Energy, it has developed the first milk-processing plant to co-fire with woody biomass. Its innovative Brightwater pilot utilises carbon neutral wood fuel, reducing greenhouse gas emissions from the site by 25 percent.

Lifecycle emissions from wood energy are a mere 2-4 percent of those produced by coal and gas, which fuel most of New Zealand’s process heat, (excluding wood processing and metallurgy). The Brightwater conversion is proof that co-firing, on a commercial scale, is a viable option to reduce emissions and meet New Zealand’s 2030 and 2050 climate targets.

Synlait Milk, vowing never to commission another coal system, have installed New Zealand’s first electrode boiler at its Dunsandel milk-processing plant. Going operational in January, it is predicted to prevent annual emissions, compared to coal-firing, equivalent to taking 5,300 cars permanently off the road.

Electricity price volatility can prove punishing however, with Synlait divulging even at current rates, their energy costs will double – showing the premium environmentally-progressive organisations are putting on a renewable, low-emission future.

Crucially, not all electricity generation is renewable: up to 20 percent of New Zealand’s power comes from burning fossil fuel. MBIE data, estimated on the average historic emission intensity, shows electricity generated 103 tonnes of greenhouse gas emissions per GWh in 2016.

Another organisation embracing carbon neutral emissions reduction is Christchurch hospital, which is set to install replacements for its current coal-fired boilers, improving the CDHB’s resilience and environmental sustainability. Health Minister Dr David Clark announced last month, “The new boilers will use sustainably produced wood biomass, which is a renewable resource and affordable. The boilers are a great way to dispose of waste wood and will emit far less carbon dioxide than conventional fossil fuels”.

Those in related industries are following the CDHB’s lead with Canterbury Linen Services also moving to wood energy.

Simon Upton’s report holds firm on the view that fossil emissions need to be reduced to zero by the second half of the century and this requires “…an immediate start to ongoing and progressively deeper cuts to gross fossil emissions”.

Upton proposes that there be a “phase-out of access by fossil emitters to forest offsets through the NZ Emissions Trading Scheme, (NZETS)”, this would increase the emissions price faced by industry, providing the emissions price cap was removed.  He notes, “A strong fossil emissions price would also incentivise the material substitution away from fossil fuels and towards biofuels”.

The Government, following consultation, has announced that the current price ceiling, the fixed price option, will be replaced with a cost containment reserve. A cap on total emissions has also been signalled, in order to provide greater incentive to reduce emissions.

Whatever changes occur to the NZETS this year, emitters are on notice that their cost-of-business expenses could be hiked. Progressive and forward-facing businesses are now moving to plan for these imminent changes through wood energy combined with electricity, (in some scenarios).

Azwood Energy was disappointed to see that in some sections of the report, opportunities around the positive impact forestry, onshore wood processing and wood energy can achieve for the New Zealand economy and lowering emissions, were not fully explored.

In his report, the Commissioner noted that following radiata pine harvest “…the slash above ground is left to decompose onsite, returning nutrients to the soils and much of the carbon to the atmosphere”.

Rather than allowing this wood waste to rot and release its carbon into the air, resourceful companies, such as Azwood Energy, utilise its potential in creating wood fuel. While stumps in the ground and unusable residue provide more than enough nutrients for replanting.

Azwood Energy is a Nelson business which proudly operates under a set of core values, one of which is resourcefulness. It believes in being resourceful and making the most of what it has been given. This tenet relates to every area of its business, from the development of people and organisations within its circular economy, to the natural resources it works with.

Azwood cares for what it has been given, adds value and develops intelligently: whether it be in relationships, or the sustainability practices that are core to its business. That is why it utilises sustainable local forestry residue and other waste bio-products to create carbon neutral wood energy products that power and heat New Zealand, whilst also protecting our local and global environment.

The wood energy used at Fonterra Brightwater, for example, will remove 2,000 tonnes of wood residue, yearly, from forestry slash sites. This waste would otherwise release its embodied carbon through rotting, provide fuel for forest fires or contribute to erosion events, causing damage to waterways and freshwater ecosystems.

Woody biomass fuel systems are proven technology backed by a long-term, secure, mapped supply strategy. As the only supplier producing the entire range of specified wood fuels, Azwood Energy plays a strong role in the wood fuel sector and can provide a Bioenergy Association-registered wood energy advisor to optimise specific wood fuel systems for your business.

For more news and articles on Azwood Energy, visit www.azwood.co.nz/OurStories